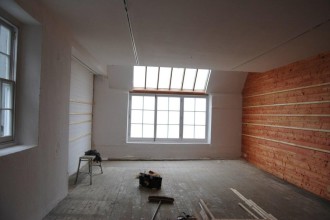 Project Manager and Quantity Surveyor for the renovation and extension of the grade II* listed art studios and fisherman cellars. This is a multi-agency funded project by English Heritage, Sea Change, Arts Council England, Heritage Lottery Fund, Convergence (ERDF), European Fishery Fund, Cornwall Council and several Trusts and Foundations. Phase 1 started on site in October 2010 and completed summer 2011. Phase 2 commenced in October 2011 and is due to complete this October 2012.

The entire roof has been renewed with local slate, wet laid to English Heritage's approved specification. Internally, the exisiting ceiling and wall boarding has been carefully removed to allow for insulation and firelining, then refixed in the original positions. In the cellars the pilchard tanks have been cleared for storage of fishing articles and net repairing areas improved. 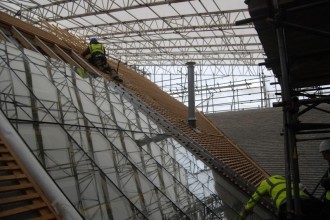 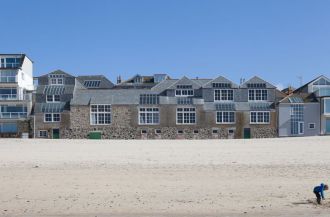